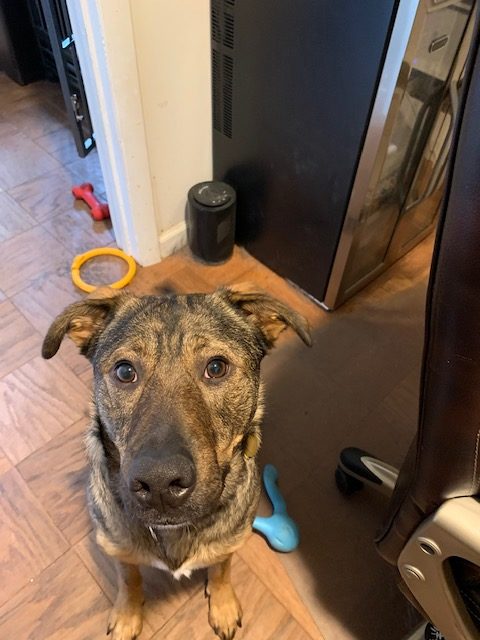 she’s a sneaky one, this dog with derpy ears. While playing in the living room with the other chia pets, she drops the tug rings and goes for a flip flop, then when Jerry tells her to drop it, she runs past him and dives under the bed. We know better than to attempt to lure her out, after all, it’s a game and she loves it. Sigh.

Jerry calls her bluff and drags the entire bed from the wall and she leaves, choosing a bone and finds a place to chew it. Sometime later Jerry reports that a half dozen empty soda bottles, a chewed up pen, and the stolen shoe have all been found and removed. Until next time.

This is cute. Dogs will be dogs, won’t they?